I recently met with a colleague of mine who needed some help solving a revenue problem she had at her company that I thought I would share with you as it is a good example of how we can get “stuck” in a certain mindset when looking at challenging situations. The names have been changed here to protect the innocent.

The challenge my colleague was having at Health Care Inc was trying to find a way to increase prices on a service that had a relatively low perceived value. She had done research and tested a few concepts but nothing seemed to generate much interest as a way to support a price increase. Then she explained that in addition to the service there was a revenue stream from one time purchases that customers made for hardware. 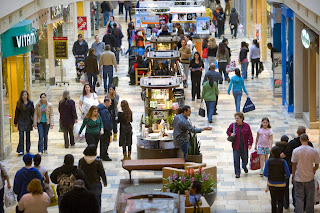 Effective pricing strategy is as much about the fundamental economics as it is about the psychology and the behaviour change you need to affect. In this case my colleague needed to find a way to move customers up the value chain. The answer lies in a simple solution of bundling service with hardware and shifting the emphasis of perceived value. A potential scenario of one service plan and 100 hardware options became a Low/Med/High bundled solution that included service and hardware. In addition, my colleague needed to scale back some of the features in the basic plan and add extra value at the higher end. For example, instead of unlimited updates at the low end it became 100 updates per month and unlimited at the higher end plan. Insurance companies do this all the time where they change the coverage on your policy with no change in the rate.

Once this new pricing model had been sketched out the next step was to “sell it”. In this case, she was moving away from the tried and true of selling service & hardware separately and moving in to new territory. The company was generally risk averse so it was going to take some risk on her part to pull it together and sell it to management. Effective pricing takes more than a sharp pencil, it takes courage and conviction some times to sell new concepts and look at your business in a new way.

Bottom line, pricing is as much about creativity as it is about the financials but at the end of the day you need to be able to sell you new ideas to get them implemented and that takes risk.

Have a question? Send us an email and we’d be happy to contact you to discuss your business needs.